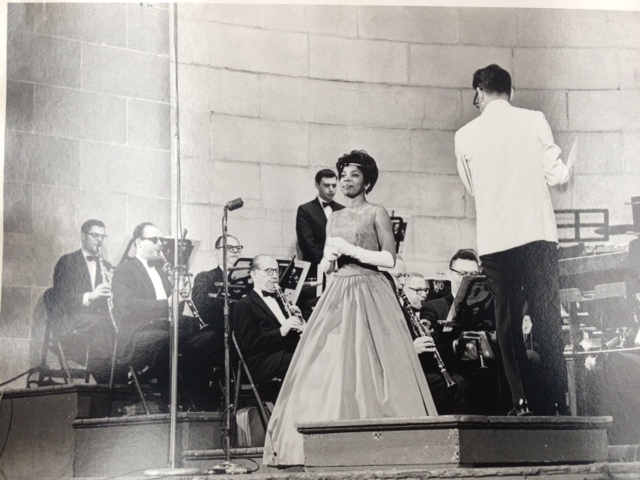 Junetta Jones, pictured here performing with the Goldman Band at Central Park in the summer of 1964 or 65, was a Baltimore native and accomplished opera singer. A graduate of Douglass High School and Morgan State University, in 1956 she was the first African American to win a three year competitive scholarship from the Peabody Institution. There she earned a teacher’s certificate, bachelor’s degree in music, and an artist diploma in voice. Afterwards she went to the New England Conservatory in Boston where she earned a Masters of Music.

After finishing her European tour Ms. Jones came back to Baltimore where she worked as a voice instructor for various universities. She also was on the advisory committee for art and culture of Baltimore for 20 years.