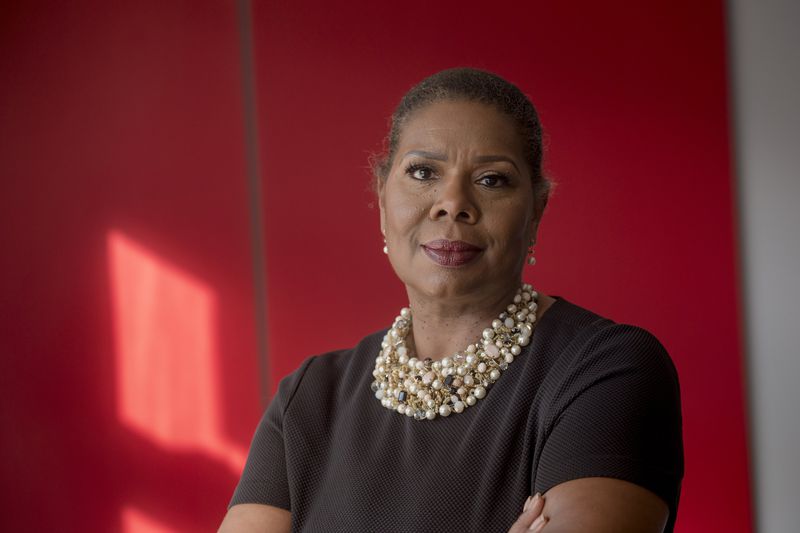 Terri Lee Freeman was appointed Thursday as the newest executive director of the Reginald F. Lewis Museum of Maryland African American History & Culture, capping a tumultuous year for the institution.

The 60-year-old Freeman is president of the National Civil Rights Museum, located in the Lorraine Hotel in Memphis, the site of Martin Luther King Jr.’s assassination in 1968.

The Lewis board hopes Freeman’s appointment will bring much-needed stability to Maryland’s largest Black museum, which at times has struggled to attract an audience and to raise sufficient funds for operating expenses.

“The board was bowled over by Terri’s management and leadership skills,” said Drew Hawkins, chairman of the Lewis board of directors.

“This may be the first time the Lewis will have someone in the driver’s seat with prior experience of running a museum — and Terri is coming from one of the most prominent institutions in the country. Her fundraising capabilities are unmatched. She connects with people well, and she and her husband own a home in Howard County. We really think she can take us to the next level.”

Freeman’s husband, Bowyer G. Freeman, is senior pastor of the New Saint Mark Baptist Church in Baltimore’s Gwynn Oak community and is a member of the city Housing Authority’s board of commissioners. The couple raised three now-grown daughters in Columbia.

In Memphis, Freeman leads an institution with a $9.7 million annual budget (which increased by nearly 50% in the six years she was there, according to the organization’s tax forms), a 50-member staff and a three-building campus.

In Baltimore, she will lead a much smaller institution with a $3.9 million budget and an approximately 20-member staff and one building.

Though Freeman loves her job in Memphis, she said it has taken a toll on family life. For the past six years, her husband has been commuting between Baltimore and Memphis.

In January, Freeman was injured in a car accident that left her with a broken leg and confined to her home. Just as she was beginning to heal, the pandemic descended. Then over the summer her mother died.

After that triple whammy, “I quite frankly realized that it was time for my husband and me to be living in just one place together,” Freeman said.

Hawkins acknowledged that the rapid turnover in leadership “has made it difficult” for the Lewis to develop the continuity crucial for building relationships with donors, legislators and community members.

The past three months have been especially challenging for museum staff following the abrupt departure in August of the previous director, Jackie Copeland, who left three weeks before the Lewis was about to reopen to the public with new pandemic-related health and safety protocols in place.

After 18 months as executive director, Copeland said she resigned after “the board told me it wanted to go in a different direction with the museum’s leadership.”

At the board’s request, Wanda Q. Draper, the former media executive who for 2½ years was the Lewis’ fifth executive director, stepped in to head the museum on an interim basis while the board searched for Copeland’s replacement.

A talented and innovative curator who inspired deep loyalty from her staff, Copeland had spent three decades working for some of the largest museums in the U.S., including a 15-year stint at the Walters Art Museum, where she was co-director of education and 10 years at the Walker Art Center in Minneapolis.

The “Maryland Collects” exhibits she curated for the Lewis featuring such luminaries as Jacob Lawrence, Romare Bearden and Elizabeth Catlett were critical and popular successes put together at a cost of relative pennies.

But Copeland said there were disagreements between her and board members about when it was safe to reopen the Lewis. Copeland was aiming for a Sept. 9 opening, but said at least one board member “encouraged” her to push that date up to the late summer.

“I didn’t feel it was safe for the staff or for the public,” she said.

She and the board also disagreed about financial strategies for keeping the Lewis afloat. The museum’s charter agreement with the state requires it to raise 50% of its budget, or $1.9 million, every year.

The board urged Copeland to prioritize such traditional fundraising tools as the annual gala. But Copeland said she doesn’t think that level of giving is sustainable here and wanted the board to focus more on growing the museum’s endowment.

“There’s not a lot of money in Baltimore,” she said. “You can’t keep going to the same people over and over and over again and expect them to keep giving.”

But, he added: “The profile of a museum leader now is different than it has been historically.

“In the past, museums hired people with strong academic backgrounds who had experience on the artistic and curatorial sides. These areas are important, but the key thing now is to have someone in the executive director role with fundraising acumen and managerial skills who is visible in the community and who can run the museum like an effective business.”

Copeland said she’s “very proud of what my staff and I accomplished at the Lewis.”

“I’m disappointed things didn’t work out, but I certainly wish them well,” she said. “I think Terri Freeman will be a great addition to the Lewis and to the city.”

Freeman earned a master’s degree in organizational communication management from Howard University in 1983. Before moving to Memphis, she was president of what now is the Greater Washington Community Foundation. In her 18 years with that organization, she increased the organization’s assets from $52 million in 1996 to more than $350 million in 2014, according to her resume.

During Freeman’s six years in Memphis, she planned “MLK50: Where Do We Go From Here,” the nation’s 50th anniversary commemoration of King’s legacy.

The three-day event included a symposium that featured such national figures as the Rev. Jesse Jackson, the late U.S. Rep. John Lewis, and Lech Walesa, former president of Poland and winner of the 1983 Nobel Peace Prize.

There was a ceremony from the balcony of the Lorraine Motel and a commemorative bell-ringing that occurred simultaneously at more than 150 sites in the U.S. and globally. There were music and dance performances and a storytelling session.

Given these accomplishments, Freeman said she’s not worried about walking into a potentially fraught environment at the Lewis.

“Every organization has a history,” she said. “You learn it. You learn from it. And then you move forward.”

– Coutsey of The Baltimore Sun