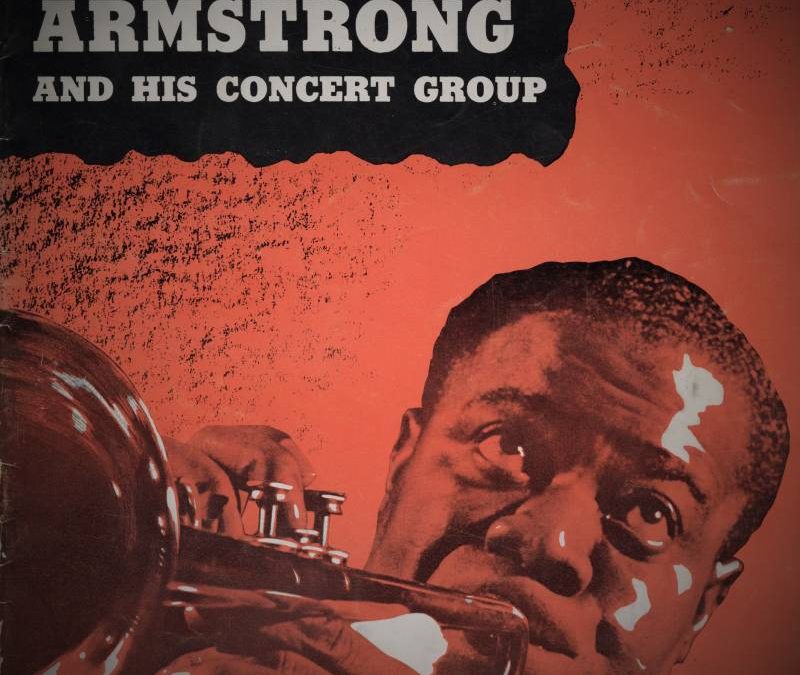 Louis G. Hecht (1922-2014) and his wife Shirley F. Hecht (1924-2016) donated over 3,500 original 78 RPM and LP jazz song recordings in 2009 to the Reginald F. Lewis Museum. Mr. Hecht grew up in Baltimore and was introduced to jazz early by his aunt from Philadelphia. When he was eight he would “…go up to her house, I’d play records of Louis Armstrong. In fact I have her copy, the original copy, of I Can’t Give You Anything But Love.”

Mr. Hecht started collecting records when he was twelve and his collection kept growing throughout his life. In the early days of collecting he would “go into the colored sections, because that’s what they were called then, colored sections, and ask if they had any records they wanted to sell. …. And I’d collect…just the idea of having it on the original label…Paramounts…the Okehs…the Pathe… Regal, label after label that the average white family never saw.”

Mr. Hecht was a well known connoisseur of jazz and spent time visiting Pennsylvania Avenue’s legendary jazz scene in its heyday. He regularly visited the clubs Tijuana, New Albert, and the Club Astoria. Mr. Hecht listened to Billie Holiday live at Gwynn Oak Park when she was the vocalist for the Artie Shaw band. The recordings in the collection include Billie Holiday and other jazz greats such as Louis Armstrong, Fletcher Henderson, and Chick Webb.

When Mr. Hecht approached the museum to donate his collection in 2008 the staff at the Lewis started the long process to fully catalog the collection by meeting with Mr. Hecht on a weekly basis for two years. Through the Louis G. and Shirley Hecht Collection Catalog of Jazz Records  located on the Museum’s Online Portal visitors are now able to browse the full list of recordings. Each entry lists the song title, artist, date, and recording label for all 3,500 recordings. At this time access to the physical records is restricted to researchers but this method allows everyone to know what is in the collection.

Mr. Hecht also donated a collection of ephemera related to jazz. This material includes photographs, postcards, magazines, and clipped newspaper articles all related to jazz. It is also available at the Online Collections Portal on the Museum’s website and can be found on the front page here: https://lewismuseum.pastperfectonline.com/.