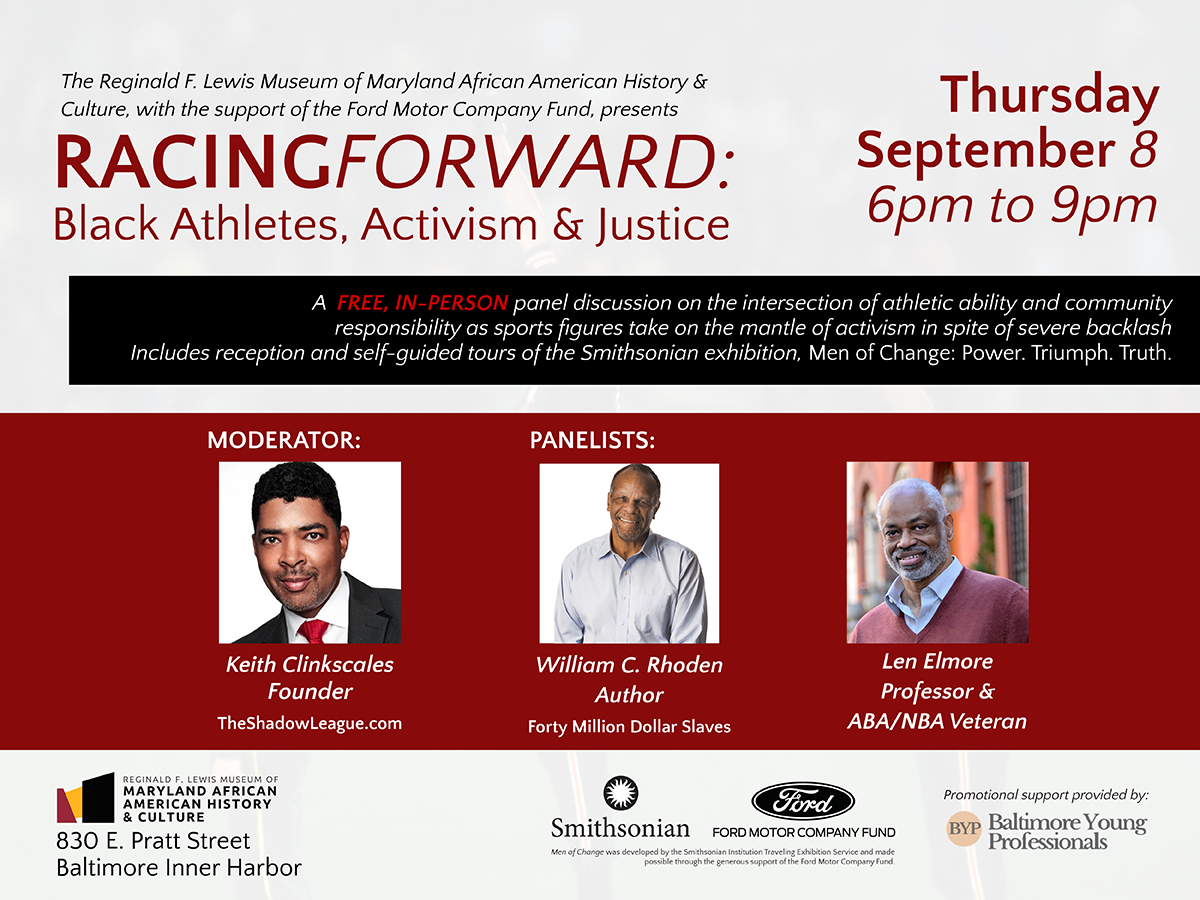 From baseball player Jackie Robinson, to boxer Muhammad Ali, and football player Colin Kaepernick, Black athletes have historically leveraged their power to advocate for racial and social change. Join the Lewis Museum for a  panel discussion with several sports analysts on how these and current Black athletes have taken on the mantle of activism to propel justice in their communities in spite of severe backlash. A cocktail reception and the opportunity to self- tour the Men of Change: Power.Triumph.Truth. exhibition is included with this sports event.

Cost: Entry to Event is Free

In case you missed it, watch the Facebook live broadcast below.

This program is in conjunction with the  Men of Change: Power.Triumph.Truth. exhibition at the  Reginald F. Lewis Museum.