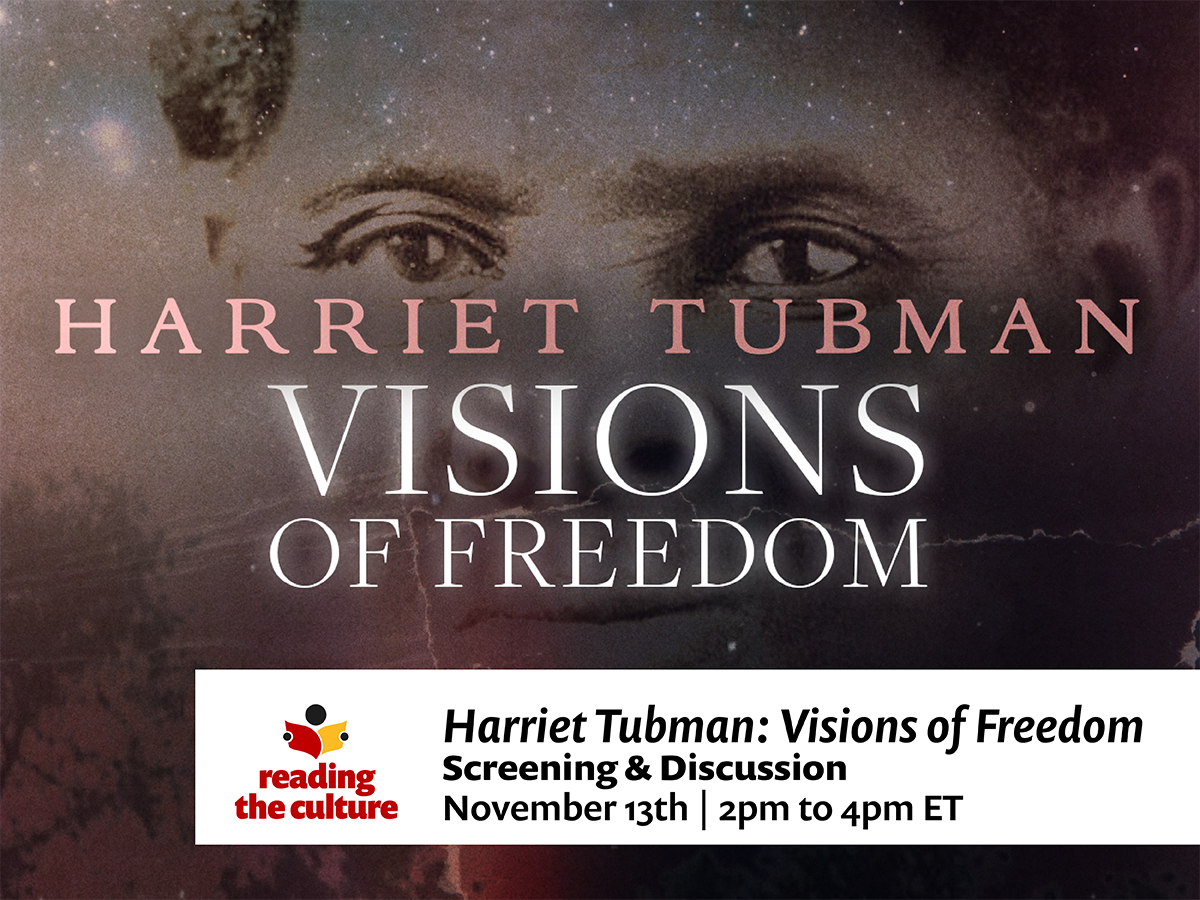 Join us for a screening of Harriet Tubman: Visions Of Freedom commemorating the 200th anniversary of Harriet Tubman’s birth and the observation of Maryland Emancipation Day. Educators are encouraged to attend. Produced by Maryland Public Television in association with Firelight Films executive producers Academy Award-nominated Stanley Nelson (Attica, Freedom Riders, The Black Panthers: Vanguard of the Revolution) and Lynne Robinson, Harriet Tubman: Visions Of Freedom is a nuanced portrait of the woman known as the Conductor of the Underground Railroad, who risked her own freedom and life to liberate others from slavery. Born in Dorchester County, Maryland, 200 years ago — 2022 marks her bicentennial —Tubman escaped north to Philadelphia in 1849, covering more than 100 miles alone. Once there, Tubman became involved in the abolitionist movement, and through the Underground Railroad, guided an estimated 70 enslaved people to freedom. The film goes beyond the legend of Tubman to explore what motivated her — including divine inspiration — to become one of the greatest freedom fighters of all time.

The film was produced and directed by Stanley Nelson and Nicole London. Keith M. Brown and Michael English are the executives in charge of production. Harriet Tubman: Visions Of Freedom was written by Paul Taylor, Nicole London and Marcia Smith. Oscar®-nominated and Emmy® award-winning actor Alfre Woodard is the narrator of Harriet Tubman: Visions Of Freedom and acclaimed actor Wendell Pierce is the voice of Frederick Douglass in the film.

The screening will be followed by a conversation with noted authorities on the life of Harriet Tubman including:
The conversation will be moderated by Travis Mitchell – MPT Senior VP, and Chief Content Officer overseeing film projects, Harriet Tubman: Visions of Freedom and Becoming Frederick Douglass
Register Here

Harriet Tubman: Visions of Freedom and Becoming Frederick Douglass are co-productions of Firelight Films and Maryland Public Television. Production support provided through an appropriation from the State of Maryland.  Additional funding was provided by Bowie State University, DIRECTV and Pfizer, Inc.