Closing Out Summer at The Lewis Museum – Black Masculinity, Sports and Social Justice 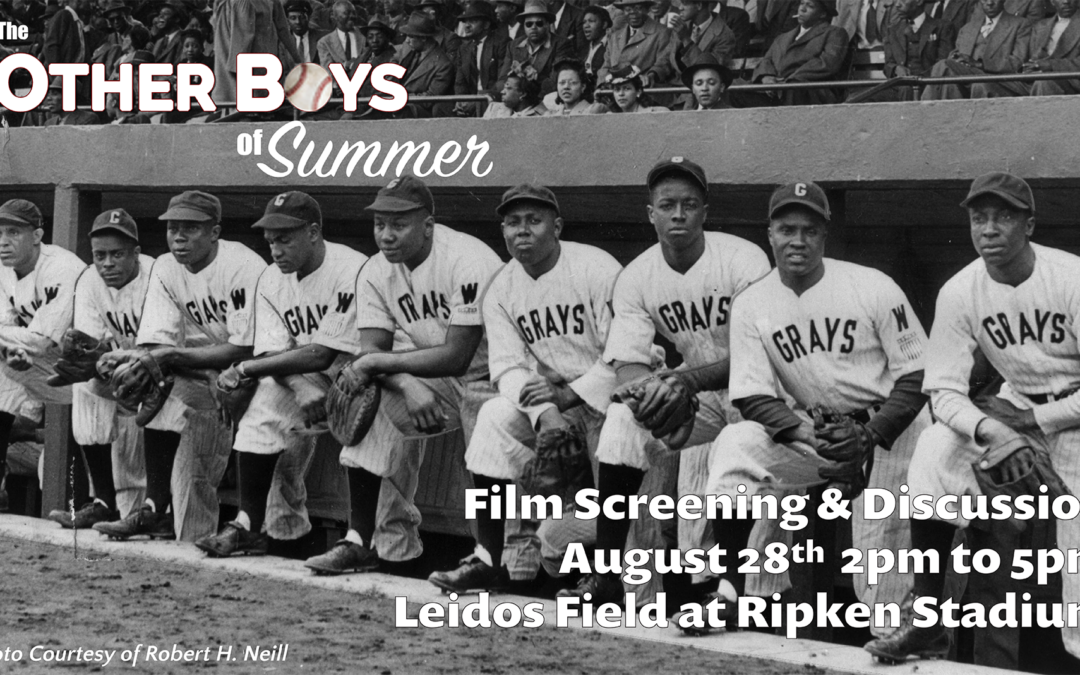 Lewis Museum to Close Out the Summer Highlighting Intersection of Black Masculinity,
Sports and Social Justice with Programming, Extensions of Key Exhibitions

Men of Change, All On The Court extend runs; Keith Clinkscales to moderate Racing Forward panel

BALTIMORE, Md. (August 5, 2022) – The Reginald F. Lewis Museum of Maryland African American History and Culture (The Lewis Museum) – a Smithsonian Affiliate – today announced the extension of two of its current offerings and a host of events focused on the intersections of Black masculinity, the state of play as a perceived safe space, and historical and lingering conditions of injustice.

“Since the beginning of the year, we have focused on the cultural contribution of men to our society,” said Terri Lee Freeman, Executive Director of the Lewis Museum. “Our summer programming broadens that discussion and examines the critical role of play in creating a sense of self, providing a safe outlet for expression, and how organized play or sports can provide a platform to positively impact social justice outcomes.”

Men of Change: Power. Triumph. Truth., an exhibition presenting the narrative of a nation through the profiles of significant African American men who are icons in the country’s historical and cultural landscape, will remain on view through September 11th. The exhibition was created by the Smithsonian Institution Traveling Exhibition Service (SITES) and made possible through the support of Ford Motor Company Fund – the philanthropic arm of Ford. Its stop at the Lewis Museum was the first time the exhibition featuring artistic representations of these iconic Black men by notable modern artists had been displayed in its entirety on the East Coast.

Also extending its run is All On the Court: A Chrystal Seawood Installation, originally scheduled to close in early August. An immersive experience designed to replicate a basketball court, All On The Court creates a spatial experience for the visitors to consider this as a place for Black masculine youth to express a range of emotions while also (re)defining their understandings around “manhood” outside of the dominant social frameworks for gender. The mixed media presentation features a wall of nearly 400 sneakers, each with its own origin story accessible using QR code technology. The installation will be mounted through November.

A robust calendar of programming complements the extended exhibitions and further explores themes investigated by each.

Sneaker Culture Artist Talk: Akio Evans the Shoe Muralist
Saturday, August 6 | 1 pm
How cool are your sneaks? Meet creative artist and storyteller Akio Evans who uses innovation and fashion to transform sneakers into a new art form.  Beginning with creating custom sneaks for The Wire actor Felicia Pearson (Snoop), Akio’s commissioned sneaker art has been collected by comedian Donnell Rawlings, Dave Chappelle, Dr. Dre, Nick Cannon, Kevin Hart, Havoc of Mobb Deep, Tyronn Lue, Allen Iverson among others.  During this artist talk, we will learn about Akio’s journey as a sneaker artist to celebrities, filmmaker, and teaching art to youth in his community.

The End of Isolation Tour Presents The BOX
Wednesday, August 17, and Thursday, August 18 | 7 pm to 8:30 pm
The End of Isolation Tour (EIT) presents The BOX, a play written by Sarah Shourd, a survivor of solitary confinement, in collaboration with other survivors. The BOX is a play about collective resistance and personal transformation inspired by stories in U.S. prisons collected through years of in-depth letter correspondence and visits with incarcerated people across the country. The BOX is a rare glimpse at the intimate bonds forged in the deep end of our prison system, the ripple effects of systematic torture, and what it means to be human. EIT will bring immersive, transformative theater to Lewis Museum and engagement attendees to imagine a world without prison and the torture of solitary confinement.

The Other Boys of Summer Film Screening and Discussion
Sunday, August 28th | 2pm to 5pm
Leidos Field at Ripken Stadium, Aberdeen, MD
This year marks the 75th anniversary of Jackie Robinson’s debut in Major League Baseball, officially breaking the color barrier.  To honor this moment in history, the Lewis Museum, the Herbert Simmons Baseball Museum, the Leon Day Foundation, and other community stakeholders will celebrate the Negro Leagues baseball players who helped to forge Robinson’s path with a film screening and discussion of The Other Boys of Summer.

Narrated by Cicely Tyson, The Other Boys of Summer documentary explores racism, segregation, and civil rights through the lives of the Negro Leagues baseball players. Through the lens of America’s pastime, the film preserves the legacy, amplifies diverse voices, and inspires. The Other Boys of Summer features exclusive interviews with the men who played alongside Jackie Robinson and changed baseball and America forever.  Following this short film, a panel discussion will follow with guests to include:

Baseball fans will also get the chance to see Simmons-Days All Stars and other baseball enthusiasts play a little ball while viewing Negro Leagues memorabilia on the last days of summer.

Racing Forward: Black Athletes, Activism & Justice
Thursday, September 8 | 6pm to 9pm
Veteran journalist Keith Clinkscales, founder of digital sports and popular culture website TheShadowLeague.com, will moderate this panel discussion on how past and current Black athletes have taken on the mantle of activism to propel justice in their communities despite severe backlash.
Racing Forward panelists include:

A cocktail reception and the opportunity to self-tour Men of Change: Power. Triumph. Truth. is included with the event.

A full list of current and upcoming event information can be found at lewismuseum.org/events.

About the Reginald F. Lewis Museum
Located two blocks from Inner Harbor in Downtown Baltimore, the Reginald F. Lewis Museum of Maryland African American History & Culture – a Smithsonian Affiliate – documents, interprets, and preserves the complex experiences, contributions, and culture of Black people. It serves as a catalyst of sustained change by providing robust programs and exhibitions and bold conversations that educate and challenge. Founded in 2005, the 82,000-square-foot facility accommodates over 13,000 square feet of permanent and temporary exhibition space, hosting more than 11,000 objects in our permanent collection, special exhibitions, educational programs, and public events. For up-to-date information regarding programs and exhibits and to plan your timed admission, visit www.lewismuseum.org, or follow us on Instagram and Twitter at @LewisMuseum or on Facebook @RFLewisMuseum.