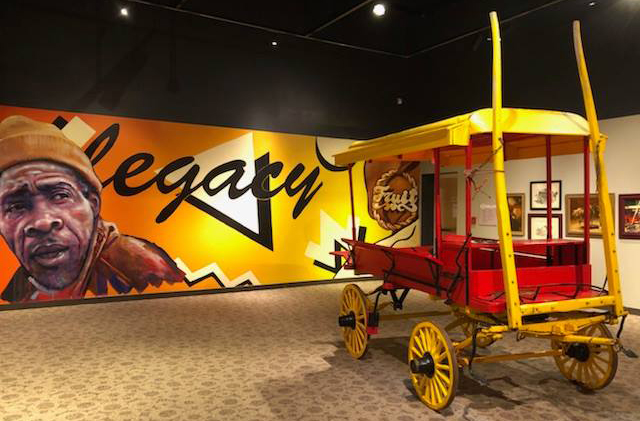 Over 100 rare images of the Baltimore Arabber culture in their authentic home at the Lewis.

Baltimore, Maryland, June 5, 2018 – The Reginald F. Lewis Museum of Maryland African American History & Culture (Lewis Museum) is excited to announce the donation of over 100 photographic prints from award-winning photographer Roland Freeman to the Lewis for its permanent collection. These images are from Freeman’s decades-long documentation of a disappearing tradition in Baltimore. The series of photographers were published in his 1989 book, The Arabbers of Baltimore, and displayed in a subsequent exhibition at the Baltimore Museum of Art. The term “arabbers” refers to people, mostly African American men, who sell foodstuffs from horse-drawn wagons throughout the streets of Baltimore. Currently, the Lewis is experiencing tremendous success with its exhibition, Baltimore’s Arabbers: Calls From a City Street, which gives a small look into this unique part of Baltimore culture.

Wanda Draper, Executive Director of the Lewis Museum, is “overjoyed that Mr. Freeman decided to make the Lewis the permanent home for his Arabber Series. The Lewis Museum is the authentic voice in Maryland for African American art, history and culture and this donation to our permanent collection further solidifies that fact.” Draper further stated that “the Lewis is a collecting institution. We encourage people to house their significant art and historical pieces with us. Our staff works hard every day to make sure that our exhibits reflect the African American journey in Maryland and we can only do that through your donations.”

Baltimore’s Arabbers: Calls From a City Street is on view through June 10th.

The Reginald F. Lewis Museum of African American History & Culture is the authentic source for art, history and culture from the African American perspective. A Smithsonian affiliate, the museum engages visitors through its permanent and special exhibitions, resource center, as well as programs such as its film series, live music performances, and family programming. For more information visit www.lewismuseum.org and follow us on Instagram / Twitter @lewismuseum.